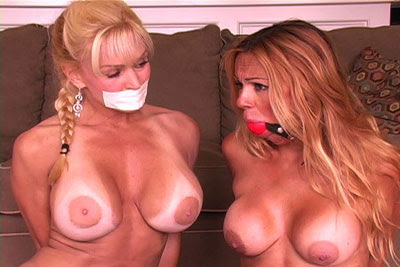 The Klaw Estate looms atop a large hill in the Aurizon National Forest. Librarian Stacy Burke arrived on the property in March of 2002 and never departed. She literally has remained on the premises for nearly a decade without leaving as she organizes and cares for the thousands upon thousands of rare volumes contained in the Klaw family's reading room. Occasionally she readies part of the collection for travel when Mr. Klaw decides to loan out some of his tomes to the Smithsonian or the Getty. Despite her important duties Ms. Burke sleeps in the servants' quarters with the rest of the household staff. One of them, a particularly flighty chambermaid named Tanya, drives her nearly to distraction. Tanya has only recently arrived on the grounds and Ms Burke doubts that she will last long. With increasing frequency the maid claims to encounter cold gusts of wind inside the mansion which lift her skirt and blow strands of her hair loose from her regulation French braid. She also hears unexplained noises and, on one occasion, insisted that she saw a monogrammed, white handkerchief and several lengths of white clothesline traveling across the room in midair as if being transported by an invisible figure. Ms. Burke regularly cautions Tanya to rein in her overactive imagination and refrain from sharing her delusions with others. Tanya tries to follow her guidance, but sometimes she breaks. On a blistering cold Thursday afternoon the buxom, blonde maid races into the sitting area where Ms. Burke is recording something inside of a thick, black ledger. "I felt a presence!" Tanya exclaims in a trembling voice. "At first it was just watching me, but then it yanked my braid and tried to unlace the top of my uniform!" For the thousandth time Ms. Burke sighs, puts aside her work, and tries to allay Tanya's fears. Just when the maid seems to be calming down a window blows open and a silvery mist wafts into the room. Tanya's face turns a ghostly white and her mouth falls open in shock. In spite of herself Ms. Burke feels her heart skip a beat... Twenty minutes later the librarian and the maid are perched next to one another on the very edge of the sitting room couch. Tight, white ropes bind their ankles, knees, and wrists while white strips of cloth muffle their cries of distress. Neither woman could discern the appearance - or even the shape - of the spectral entity which had subdued them with a blinding vapor before placing them in bondage and then disappearing from the room. Almost unwillingly Ms. Burke's mind turns to the 15th-century volumes which Mr. Klaw keeps locked in a vault on the third floor of the mansion. Each of these worn, leather-clad editions contains meticulously rendered drawings of fair, voluptuous women bound with rope and placed amidst the furnishings of a medieval castle. Ms. Burke has never told anyone about the existence of these books. Now she begins to wonder what other insidious secrets the Klaw family is harboring inside the walls of this secluded estate in the forest. When Ms. Burke's mind returns to the present she joins Tanya in struggling against the ropes as if her very life depends on it..